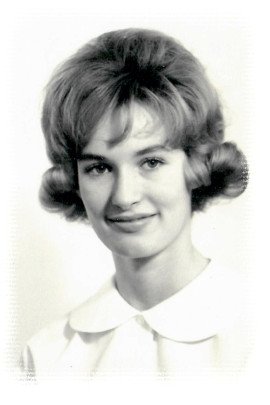 Beverley Zwingenberger, a long-time resident of Thornbury, Ontario, passed away unexpectedly at home on December 30, 2019 at the age of 76.

Beverley is survived by her two children and their families - Allison and her husband Mike French; Andrew, his wife Melonie, and her most precious grandchildren Hudson and Sloane; and her sister and brother-in-law Barbara and Rick Blueman. She was predeceased by her parents, Dorothy and Harold; her brother, William; and her long-time partner, Keith Latimer.

Beverley, or ‘Ganda’ as she was affectionately known by her beloved grandchildren, was born in Toronto on May 20, 1943 to Dorothy and Harold Forder. She attended North Toronto Collegiate Institute prior to completing nursing school at St. Joseph’s College where she worked as an emergency nurse before welcoming her two children, which were the most important part of her life. Beverley was a fiercely devoted mother, attending countless childhood sporting activities, and in her later years enjoyed skiing, wood carving and going to the movies. She loved nothing more than to spoil and adore her grandchildren and enjoy lunch with her closest friends. She will be lovingly remembered and forever missed.

A memorial service will be scheduled later in the year in Thornbury. Beverley’s cremated remains will be interred in Creemore Union Cemetery next to her parents.

If so desired and as your expression of sympathy in lieu of flowers, donations to the Heart and Stroke Foundation of Canada in Beverley’s name would be appreciated and may be made directly or through the Ferguson Funeral Home, Meaford (www.fergusonfuneralhomes.ca) to whom arrangements were entrusted.