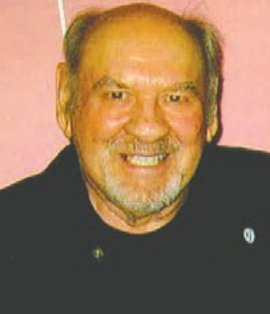 'The Gunner' passed away peacefully in his 90th year on Wednesday, September 18, 2019, at Victoria General hospital in Victoria, British Columbia, after a brief illness with his family by his side. Gunner lived on the West Coast these last 37 years, although he was born on the East Coast in Halifax. He loved the water, joining the Merchant Marines Navy in Halifax at age 15 and serving his country for the last two years of World War II. He served in the Canadian Army for almost 20 years. He did duty in the Airborne along with The RCHA Artillery serving in the Korean War and then NATO in Germany. He was a proud Canadian and loved his country and hockey.

Survived by his sons Derek and wife Brenda, Timothy and wife Mary Lou, and Daniel and partner Terri, along with his three grandchildren Richard, Emma , Jackson, and brother-in-law Gary (Marilyn).

Remembered fondly by many nieces and nephews as well as friends in Meaford and Victoria. Interment will be at Lakeview Cemetery in Meaford at a private ceremony.

Gunner, we are going to miss you, your stories, and sense of humour!