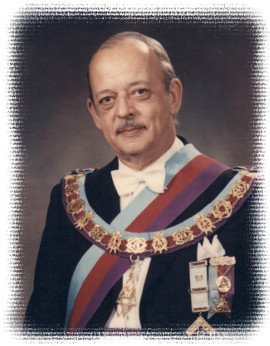 Don was predeceased by his wife Ruth (nee Moffatt) in 2005 and is remembered as the much loved best friend and partner of Elaine Williamson (nee Lagace) of Meaford.

He was the devoted father and grandfather of Wendy Kline-Fraser (George) of Brantford and their son Travis, and Lori Sutherland (Ian) of Mississauga and their children Katie and Brittney.

He is survived by his brother Jim (late Kay) Kline of Toronto and was predeceased by a brother Bob (late Margaret) Kline of Georgetown and sister Mary Lou Crochet of Cornwall and was a brother-in-law to her husband Harold.

He was a special uncle to his several nieces and nephews and their families.

Following a family visitation, cremation has taken place and a Masonic Remembrance Service followed by a Memorial Funeral Service will be conducted at Meaford United Church, 7 Boucher St. E., in Meaford on Friday, September 20, beginning at 11 a.m. Family will receive friends in the fellowship hall at the church to share refreshments and further remembrances of Don immediately following the memorial service.

A family disposition of his cremated remains will take place at a later date.

If so desired and as your expression of sympathy, donations to the Alzheimer Society through the Cryptic Rite Charitable Foundation Inc. or the Meaford Hospital Foundation would be appreciated, and may be made through the Ferguson Funeral Home, 48 Boucher St. E., Meaford, ON N4L 1B9 www.fergusonfuneralhomes.ca.