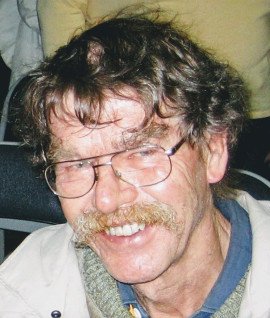 Dr. Desmond “Des” Dalrymple, age 81, passed away peacefully on July 15, 2019 with his family at his side. Des was born May 6, 1938, the eldest of three children to the late Eleanor and William Dalrymple. He was predeceased by his brother, Donald Darymple, and sister, Judith Dalrymple. Des is survived by his wife, Catherine Dalrymple (nee Atkins), his son Scott Dalrymple (Ruth Hitchcock), and his grandchildren, Alyssa and Emily Dalrymple.

Des was born in Victoria, BC, but moved to Winnipeg, MB, when he was just three years old. It was 1941 and his dad was overseas in the war. His mother made the move to keep the family safe after he wrote home warning of the potential for a German-led U-boat attack on the west coast.

Des lived in Winnipeg until he graduated from the University of Manitoba as a mechanical engineer. He then moved to Saskatoon where he continued his studies, completing a masters degree. During that time, he worked as a summer student for Atomic Energy of Canada (AECL) in Chalk River, ON. After graduating he accepted a job with them and moved to Deep River, ON where he met Catherine.To facilitate a research career, he moved to Manchester, England, in 1964 and began work on a PhD while honing his skills as a rugby player. In 1965 he and Catherine were married. In 1967, the two moved back to Deep River and Des resumed his career in nuclear power research and development.

He enjoyed working and was passionate about his contributions to the advancement of nuclear power and its potential for providing clean reliable electricity to the world. Des rose through the ranks, becoming one of the company’s youngest division directors. He took great pride in the accomplishments of those he managed as they contributed to the design of the CANDU reactor and other spin-off technologies. When not working, Des was an enthusiastic member of the Deep River Rugby club, an active member of the Bonnechere Gliding Club, and a ski patroller at the Mount Martin Ski Club. In the mid '70s, he was introduced to sailing and this replaced glider piloting as his main summer activity. Over the years, he and his family explored virtually every inch of the Ottawa River from Swisha to Pembroke. He was a long-time member of the River Recreation Improvement Association, a non-profit group that managed the supply of picnic tables and garbage pick up to the various beaches along this stretch of river. In the winters, many weekends were spent gate keeping at his son’s ski races at various hills across the National Capital Division. Des took great pride in watching Scott race.

Des was a member of the Deep River woodworking club for many years until he discovered welding. To the 'delight' of his neighbours he converted his garage on MacDonald Street into a fabrication shop. On many evenings, Des could be found welding, grinding, and painting well into the night. He built beds, brackets, and braces for anyone who wanted them. He also took great pleasure building tables and fixtures for Catherine’s ever-expanding retail store - Atkins Fabric and Yarn.

In the summer of 1990 Des took seven weeks of accumulated holiday and spent every day in his driveway working dawn til dusk restoring a dilapidated old cabin cruiser motor boat. Amused and confused neighbours and friends thought he had lost his marbles. When he told them he would be done by the end of July, they rolled their eyes and asked what year. Des got the last laugh when he completed the project on time and took them all for a cruise in 'the silk purse' later that summer.

The boat looked beautiful and functioned flawlessly. No one appreciated his workmanship more than his son, who took the boat on several weekend trips to Indian Point and Fort William, heavily loaded with friends and supplies.

In 1993, Des retired from his long and fulfilling career. He and Catherine traded their house for a 5th wheel trailer and a 3/4 ton pickup truck. They set out on an eight month lap of North America, after which they settled in Thornbury, to be closer to their son and to Catherine’s family. Des quickly became involved in the Thornbury community. Invited by his brother-in-law, Michael Atkins, he became an active member of the Thornbury Rotary club. Golf at the Meaford Golf and Country Club became his new summer passion, while skiing at Blue Mountain and Whistler kept him busy over the winter months.

Des had always been interested in stock trading and money management. In retirement it became his new hobby/obsession. He spent hours a day studying companies and market trends, managing and growing their savings with great success. He was happy to discuss market valuations or dividend tax advantages with anyone who would listen.

In 2015, Des and Catherine moved to Winnipeg to be closer to their son and his family who had moved there several years earlier. Unfortunately, Des had a stroke shortly after the move and spent his last years at Misericordia Place - a managed care facility in downtown Winnipeg. The family is grateful to the caring and dedicated staff there who were like family to him during his three-year stay. iIs last few days were spent at Saint Boniface Hospital. We are thankful to the staff for their compassionate care while putting up with the Dalrymple entourage keeping vigil by his side.

A service in celebration of Des's life will be held on September 7 at 2 p.m. at Grace United Church, 140 Bruce Street S., Thornbury, ON, N0H 2P0. Please contact Catherine Dalrymple (Cath@Dalrymple.com) with messages to be read or if you wish to speak yourself.