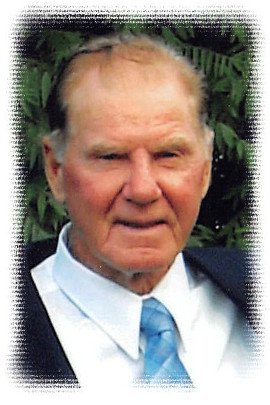 Born in Meaford on December 26, 1929, a son of the late Roy and Alma (nee Smithson) Fox, Ken passed away peacefully and in the presence of loving family in Meaford on Saturday June 1, 2019, at the age of 89.

Ken, a life-long resident of Meaford, will be remembered as an avid outdoorsman who especially enjoyed hunting.

He was predeceased by his first wife, the former Frances Plater, in 2004, and is lovingly remembered by his wife Velma Almas (nee Simons) whom he married in 2006.

Ken was the loved father of sons Gary Fox and his partner Sharon, Wayne Fox and his wife Brenda, and Darren Fox, all of Meaford, and daughter Susan and her husband Marc Woodstock of Waterloo.

He will be fondly remembered by five grandchildren and five great-grandchildren, and is also survived by his brother David (Marg) Fox of Orangeville and by his several nieces and nephews and their families, and by the Almas families.

Cremation has taken place and a private family service of committal and interment of Ken’s ashes will take place at Lakeview Cemetery in Meaford.

If so desired and as your expression of sympathy, donations to the Meaford Hospital Foundation or a charity of your choice would be appreciated and may be made through the Ferguson Funeral Home, 48 Boucher St. E., Meaford, ON N4L 1B9 to whom arrangements have been entrusted. www.fergusonfuneralhomes.ca