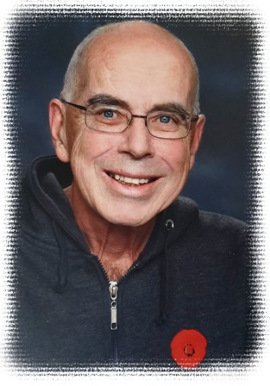 Michael Richardson of Meaford passed away on Thursday, May 9, at Grey Bruce Health Services (Owen Sound) following complications from COPD and pancreatitis at the age of 74.

Predeceased by parents Robert (Bob) and Jean Richardson of Meaford. He is fondly remembered by brothers Francis (late Susan) Richardson and Robert (Chris) Richardson of Meaford. Mike is survived by partner Shirley Britten of Meaford and three daughters: Lisa Richardson (Chris McHardy) of Toronto, Tara Madden (Colin) of Edmonton, and Emily Earl (Ben) of Pittsburgh. Grandfather to four grandchildren: Jayson Ericksen, James Madden, Ella Madden, and Kathleen McHardy. He will be fondly remembered by nieces Jean and Terri and nephews John and Kelly.

A funeral service will be held Tuesday, May 21 at 11 a.m. at Christ Church Anglican, 34 Boucher Street East, Meaford. Visitation will precede the service at 10 a.m. A reception will be held in the Church hall following the service. In lieu of flowers, donations to Friends of Meaford Library would be appreciated and may be made directly or through the Ferguson Funeral Home, 48 Boucher St. E., Meaford, ON N4L 1B9.