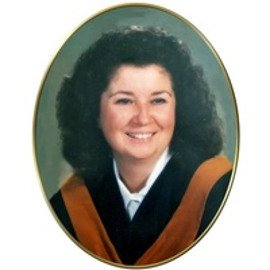 Mrs. Deborah Katherine (Starr) Foubert, a resident of Meaford, formerly of Wallaceburg, passed away on Tuesday, March 12, 2019 at Meaford Long Term Care Centre, in Meaford, at the age of 69.

Deb was a daughter of the late Bernard and Annette (King) Starr.

Also survived by many nieces and nephews.

Rick and Deb have been married for 48 years and raised their children in London, Ontario and Wallaceburg.

They later moved to Wasaga Beach and then Meaford.

Deb graduated from the St. Joseph's Regional School of Nursing in 1970 and worked as a nurse all her career at hospitals like University Hospital in London, and Collingwood Marine and General Hospital.

She also spent many years working for the Victorian Order of Nurses (VON) providing home-care nursing.  She obtained her Bachelor of Science (Nursing) or BSc.N. degree in 1992 from Western University.

Family and friends will be received on Friday, March 15, 2019 from 7-9 p.m. from the Eric F. Nicholls Funeral Home, 639 Elgin Street, Wallaceburg, Ontario.  The funeral Mass will be held on Saturday, March 16, 2019 at 11 a.m. from Our Lady Help of Christians Church, in Wallaceburg, with one hour visitation prior, at the church.

As an expression of sympathy, donations to Covenant House, Toronto, Ontario may be left at the funeral home.

Online condolences may be left at www.ericfnichollsfuneralhome.com