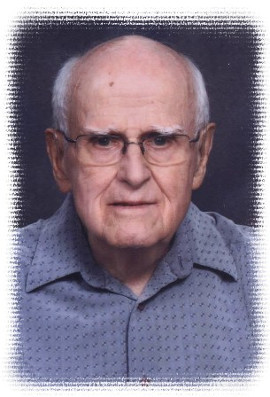 Funeral services were conducted at Meaford United Church on Thursday, December 27, 2018 for Willard Arnold Grey Thurston, who passed away peacefully at the Meaford Long Term Care Centre on Wednesday, December 19, 2018, in his 100th year.

Willard was born in Toronto on September 20, 1919, son of longtime Meaford residents Stanley and Tillie Thurston. He attended Meaford High School where he met the love of his life, Gwen Knight, with whom he walked hand-in-hand for nearly 80 years. They observed their 74th wedding anniversary on December 15th, sharing chocolate cake and ice cream with family members. 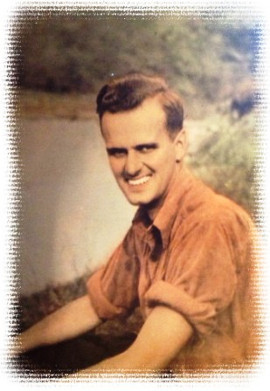 Willard (or Bill, depending on when you knew him) enjoyed his career as a Professional Forester for 35 years. In 1943 Bill graduated with a degree in Forestry, having also taken four years of training in the Canadian Officers Training Corps while he was at U of T. Then he was directed by the Wartime Bureau of Technical Personnel to work in Forestry rather than going overseas. Thus began his Forestry career in Kapuskasing with the Spruce Falls Power and Paper Company, where about half of his time was spent in the bush, sometimes living in a tent, even in winter.

When his time away from Gwen became too much, Bill joined the Ontario Department of Lands and Forests (now Ministry of Natural Resources) to pursue his interest in Reforestation. This path led Bill with his growing family to Toronto, Stratford, Galt, Lindsay, Kemptville, and finally Toronto again, where he retired in 1978. Numerous county forests and farm woodlots resulted from Bill's forestry management skills, and Bill and Gwen enjoyed revisiting those locations in recent years.

Willard and Gwen did almost everything together; washing the dishes so they could discuss their day while the kids did their homework, building their house in Galt, gardening, boating, camping, home renovations, hiking, and holding executive positions with the Bruce Trail Association, countless driving holidays with their four children, and many projects in Meaford United Church. His woodworking hobby and reading occupied Bill's time whenever Gwen was involved in UCW work.

Willard was a dependable, generous, loving husband and father with a wry sense of humour, always available to help his children through any sort of crisis with sage counsel and physical assistance if necessary, always with Gwen at his side. The Thurston children were raised lovingly, with discipline and resourcefulness, to be honest, kind, and generous, knowing that all God's children are equal. Bill and Gwen enjoyed their family - children Marylyn and Wayne Kipp, Gordon and Charlene Thurston, Ann and Gary McKay and Kate Thurston Heron and their six grandchildren and six great-grandchildren: Cynthia Kipp and Robert Sawyer and their daughter Lexie; Cathy Kipp and Martin Tamlyn and their sons Silas and Orrin and daughter Kezia; Kevin Thurston and William Thurston; Bethany and Chris McCulloch and their children

Corbin and Ainsley; and Jonathon McKay and his fiancée Jen. Willard was predeceased by a sister, Betty Browne Head, and brothers Ron Thurston and Warren Thurston, and an infant granddaughter, and will be remembered also by Ron’s wife Brenda and by his brother-in-law Ron Knight and wife Jane, and his many nieces and nephews and their families.

If so desired and as your expression of sympathy, donations to the Meaford United Church or Meaford Hospital Foundation would be appreciated and may be made through the Ferguson Funeral Home, 48 Boucher St. E., Meaford, ON, N4L 1B9 to whom arrangements were entrusted.

A dear friend of youngest daughter Kate offered her condolences with these words: “Prayers aloft for his smooth trip off the launching pad and onward to his next celestial adventure. Where there will be, no doubt, bountiful and verdant forests waiting.”