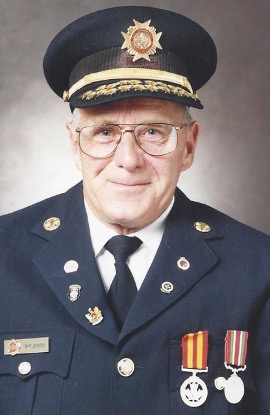 The Johnston family is saddened to announce the passing of Richard Brian "Spike" Johnston of Meaford on January 1, 2019. Spike passed away in his 79th year at Grey Bruce Regional Health Centre with his family by his side.

Spike was born in his family home on Owen Street in 1940. This is where Spike and Lynda also raised their family. Many memories were made there.

He started his career in the family business, Meaford City Bakery, where he was well known for driving the delivery truck.

Once married Spike had many positions in the construction industry before securing a career with the Ministry of Transportation for over 20 years.

Spike will most fondly be remembered for his time served on the Meaford and District Fire Department. He served 35 years total with 22 as Fire Chief. Over these years he gained the respect of many of his fellow firefighters and many citizens in the community.

Over the years some of his hobbies included stock car racing, snowmobile racing, camping, and in later years he loved spending time with his many coffee buddies.

Cremation has taken place and a Celebration of Life will be held Friday, January 11 from 3 until 6 p.m. at the Meaford Community Centre. A private family interment will be held at a later date.

If so desired as an expression of sympathy, donations to the Meaford Hospital Foundation or the Meaford Adult Day Program through Home and Community Support Services would be appreciated and may be made through Gardiner-Wilson Funeral Home. 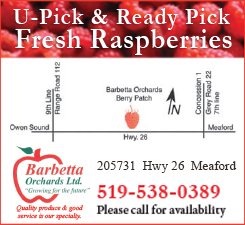