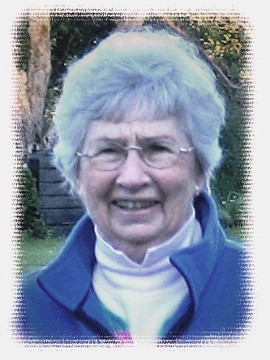 Born in Clarksburg on August 6, 1922, a daughter of the late Andrew Russell and Mary Emma (nee Almond) Ormsby, Marie passed away in the presence of loving family at the Meaford Long Term Care Centre on Sunday October 14, 2018 at the age of 96.

Marie is recalled as a much loved sister by Glenn Ormsby (late Viola) of Meaford. She was predeceased by her siblings: Ted Ormsby (late Mary), Dorothy Ruthven (late Donald), Keith Ormsby (late Marion), and John ‘Jack’ Ormsby and is remembered fondly by Jack’s wife Lois of Meaford. She was predeceased also by sisters-in-law Alice (late Everett) Lougheed and Marion (late Harold) McKnight and a brother-in-law John (late Theresa) Hare. Marie was a special aunt to her many nieces and nephews and their families.

Family will receive friends at the Ferguson Funeral Home, 48 Boucher St. E. in Meaford on Wednesday from 4 until 7 p.m. Funeral services officiated by Rev. SallyAnn Longfellow will be conducted at Meaford United Church on Thursday October 18th at 11 a.m. with committal and interment to follow at Lakeview Cemetery.

In lieu of flowers and as your expression of sympathy, donations to the Meaford Nursing Home Auxiliary (cheques only please) or a charity of your choice would be appreciated. www.fergusonfuneralhomes.ca