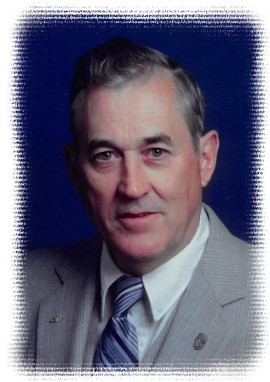 Walter passed away peacefully at Grey Bruce Health Services in Meaford with his family by his side on Saturday, October 6, 2018, at the age of 93.

Son of the late Robert and Maude (nee Gray) Burnside. Beloved husband of Betty (nee Dixon) Burnside of Meaford and dear father of Douglas of Wasaga Beach, Kenneth of Meaford, and Brian and his wife Claudia of Uxbridge. Sadly missed by his granddaughters Robin Teabo and her husband Jarrid, and Tina Burnside, three great-grandchildren and two great-great grandchildren. Brother of Harold Burnside and Gladys Henderson.

The family would like to thank the nursing staff at the Meaford Hospital and also to Dr. Thorvald Ellingsen for their excellent care.

A funeral Service will be conducted at Meaford United Church on Friday, October 12, 2018 at 11 a.m., with visitation the hour prior. Interment and committal of cremated remains will follow at Lakeview Cemetery, Meaford.

As your expression of sympathy, donations to the Meaford Hospital Foundation would be appreciated and may be made through the Ferguson Funeral Home, 48 Boucher St. E., Meaford, N4L 1B9 to whom arrangements are entrusted. www.fergusonfuneralhomes.ca