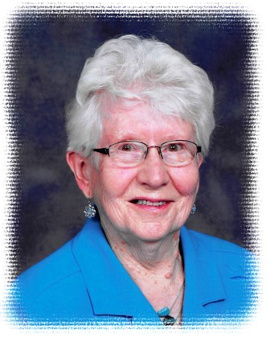 Born in Euphrasia Township on July 5, 1934, a daughter of the late Ella (nee Ward) and Edgar Gorley, Doris passed away in Meaford on Sunday October 8, 2017 in her 84th year.

Doris, a longtime resident of Meaford, was predeceased by her husband Harold McNally in 2016 and is remembered as a cherished Mother by her daughters Shirley McNally of Meaford and Margaret McNally-Murphy and her husband Alvin of Toronto.

She was a loving Gramma to Heather Murphy and Kevin Murphy and his girlfriend Maddie Chard.

Doris was a dear sister-in-law to Aileen (late Lavergne) Baker of Port Elgin and Art McNally and his wife Jean of Meaford and was predeceased by a sister-in-law Loretta McNally.

Family will receive friends at the Ferguson Funeral Home, 48 Boucher St. E., in Meaford on Wednesday evening from 5 until 8 o’clock.

Funeral services officiated by Reverend SallyAnn Longfellow will be conducted at Meaford United Church on Thursday October 12th at 1:30 p.m. with a service of committal and interment to follow at Lakeview Cemetery.

If so desired and as your expression of sympathy, donations to the Canadian Cancer Society or Meaford Hospital Foundation would be appreciated. www.fergusonfuneralhomes.ca