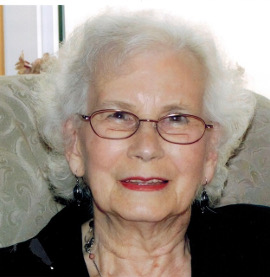 Formerly of Meaford and Sauble Beach, Edie was the beloved wife of Douglas Butchart Belton (also of Lee Manor) for 72 years. Loving mother of Kim (Brenda) of Owen Sound and Sandi MacDonald (Gregg) of Orangeville.

She was predeceased in 1985 by her son Danny.

Special thanks to the staff of Lee Manor and Kelso Villa for their years of care and support.

A private family graveside service will be held at a later date.

Arrangements have been entrusted to the Breckenridge-Ashcroft Funeral Home, 241 9th Street West, Owen Sound, 519-376-2326 with memorial online at www.breckenridgeashcroft.com