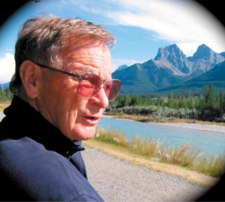 Robert Gordon Heron had his last automotive tour, his "ultimate final ski run" on September 12, 2014. Bob grew up in Toronto and on his much-loved Georgian Bay where he was a sailor and a windsurfing demon. Water and mountains were what spoke to Bob. He always had to wake up to a water-view, either on the Bay or on the Salish Sea. Anything else warranted ".....hmmmph, no view…"

After graduating from Ryerson in marketing and advertising, one of Bob's careers took him to Amerock in Meaford, where he enjoyed all of his associates.

Bob also worked with Canadian Goodrich where he and an automotive colleague started the Honda/Goodrich race series, later to become the Honda/Michelin races.

Bob loved cars, and he loved to share that interest especially with his valued customers at Island Honda between 1986 until he sold the business in 2007. He loved owning "the candy store." Those were good times.

His annual ski trips to Colorado and the Bugaboos were not enough to satisfy the mountain itch, so he began to look to the west, and arrived in Courtenay BC, first in 1980 to "snoop around" and then formally in 1986. A bachelor until his mid-forties, he married Kate Thurston of Thornbury, Ontario in 1981 and they enjoyed their shared adventure for 33 years. Bob was devoted to Rotary Club and other various community efforts, including acting as a Board Member for Sid Williams Theatre until just before his passing.

Bob suffered a variety of illnesses, yet motored along happily with the unending assist from Dr. Matous, and the many kind and skilled people who so often tended him in St. Joseph's ER and ICU. He would always say "…it's better than the alternative!" He had humour and a gentle soul. Bob requested no service and no memorial, but he will see all of his friends have one heck of a party, as he wished.

His cremated remains are destined for a few choice mountaintops in the west, and Georgian Bay in the east. Friends who wish to remember Bob might consider donating to Heart House in Victoria or to the Canadian Diabetes Association. Flowers gratefully declined. In addition, Bob sends a wish to all of his friends…. Be kind to one another. That's a good gift. 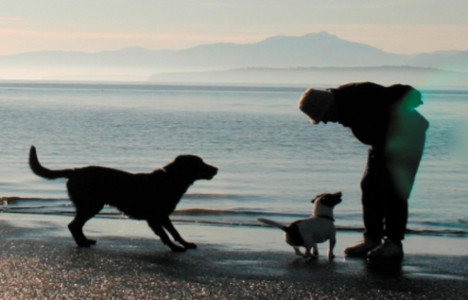