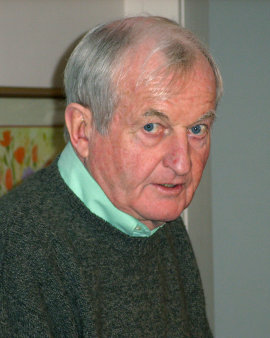 A summer working in the gold mines convinced Terry to apply himself and he graduated from Ryerson Polytechnic Institute. He completed studies as a Chartered Accountant and in 1968 was hired by Canada Steamship Lines as Comptroller of Collingwood Shipyards and subsequently promoted to CFO where he worked until the shipyard closed.  He then worked as Vice President of Finance at Port Weller Dry Docks in St. Catherines until retirement.

An avid sailor, he served as Commodore and Treasurer of the Reef Boat Club.  He ran his first marathon in New York at the age of 50 and founded and organized the Kimberley 10K.  After Noni's death in 2003, Terry became Treasurer of the renovation of historic Meaford Hall where he later met Liz.  Their wedding on the stage was the first event at the hall.  Later, he was also treasurer of the Meaford Curling Club. Their decade long marriage was filled with sailing, golf, curling and travel. Terry will be missed for his forthright, unpretentious manner and his sarcastic wit.