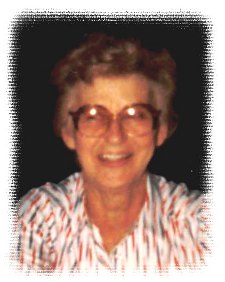 Born in St. Vincent Township, a daughter of the late Walton and Pearl (née Hartman) Robertson, Margaret, a longtime resident of Meaford, passed away at the Grey Bruce Regional Health Centre in Owen Sound on Sunday, August 18, 2013, in her 87th year.

Margaret is survived by her sisters Dorothy (late Mel) Petch of Collingwood and Beth Lacey of London. She will be fondly remembered by several nieces and nephews and their families.

Family will receive friends at the Ferguson Funeral Home in Meaford on Thursday evening from 7 until 9 p.m.

A family funeral service will be conducted at the funeral home on Friday August 23, 2013 with a service of committal and interment to follow at Lakeview Cemetery, Meaford.

If so desired and as your expression of sympathy, donations to the Meaford Hospital Foundation or a charity of your choice would be appreciated and may be made through the Ferguson Funeral Home, 48 Boucher St. E., Meaford N4L 1B9 (519-538-1320) to whom arrangements have been entrusted. www.fergusonfuneralhomes.ca