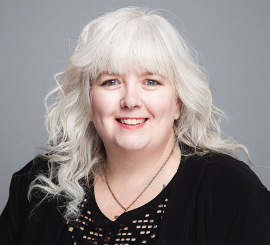 Francesca Dobbyn was nominated on Saturday April 21, as the Ontario Liberal Party candidate for Bruce—Grey—Owen Sound.

“I’m honoured to run as our local Liberal candidate on Premier Kathleen Wynne’s team,” Dobbyn said. “I will advocate for our community to ensure local residents have the care and support they need. This includes investments in our hospitals and health care, free prescription medication for children and youth and soon for seniors, free tuition for nearly a quarter of a million students, and a $15-an-hour minimum wage.”

Premier Kathleen Wynne joined Dobbyn at her nomination meeting and praised the candidate, saying, “We’re so thrilled Francesca is joining our team and offering her experience to continue to serve her community. As Liberals, we are standing up and fighting for the people of Ontario so they can care for themselves and each other, and I know Francesca will be a passionate advocate for her community.”

Dobbyn has served Bruce and Grey counties as the executive director of the local United Way, where she helped found the Grey Bruce Children's Alliance and the Bruce Grey Poverty Task Force, for over thirteen years. Previously, she served as municipal tourism director and festival coordinator for the Wiarton Willie Festival. Francesca represented residential consumers on an Independent Electricity System Operator working group, and was a Banff Leadership Centre resident. An active community volunteer, she co-chaired the Queen’s Park bandstand project in Owen Sound.

A psychology Bachelor of Arts graduate of the University of Guelph, she has been honoured with the Person of the Year award by the Grey-Bruce Labour Council, the Charlie Kelly Award for raising the profile of tourism in Bruce-Grey region, and the Community Service ‘Not-For-Profit’ award by the Owen Sound Chamber of Commerce. Francesca has lived in and around the region for over 25 years.