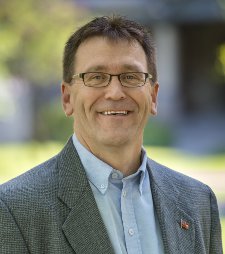 Bruce-Grey-Owen Sound MPP Bill Walker warns that labour unrest will grow in Ontario as the Liberal government faces off against a crippling $12.5-billion deficit racked up after what he calls “11 years of their reckless spending and waste”.

Walker’s comments follow news that nine of the 14 Community Care Access Centres have gone on strike as of last week in Ontario, including care coordinators in Bruce and Grey. This strike also comes on the heels of failed contract talks between the province and doctors over service fees.

“This strike is a result of the province’s reluctance to reach an agreement,” he says. “It’s disturbing to see this government put itself in a position where it’s having to balance the budget by putting a squeeze on the health care community. Their prescription is public service cuts and that is tough medicine for anyone who believed Liberal election promises.”

Walker says, “Waste such as the $1.1 billion to cancel gas plants, $1 billion for an eHealth system that is still not in operation, and nearly $2 billion for smart meters that failed to conserve energy and reduce energy bills, is now costing Ontarians in labour unrest and reduced front-line services.”

“Ontario’s economic quandary is a ticking time bomb,” he says. “I think people are finally starting to understand it and they’re growing more frustrated every day with the government’s inability to manage its finances properly. “I think it’s wrong of the Liberals to just walk away from the negotiations. In fact, they have a duty to face up to their responsibilities, sit back down and return to negotiating. If they can’t negotiate with the 3,000 care coordinators, how are they going to face the other 180,000 people who currently work in health care in Ontario?”