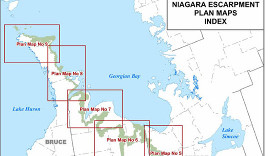 Bruce-Grey-Owen Sound MPP Bill Walker says the provincial Liberals are faced with a clear mandate from his riding with regard to the NEC consultations.

“Grey County, Meaford, and other area municipalities, along with the thousands of constituents who have signed petitions don’t support it and don’t want it,” says MPP Walker.

e says people expected meaningful consultations on the proposed expansions to the Niagara Escarpment Plan, which concludes in less than ten days. “Instead, we ended up facing off a proposal that no one seemed able to wrap their head around.”

“It’s tragic when you think about it,” he says. “They put forward a significant proposal to add 45,000 hectares under the NEC jurisdiction and yet no one in their bureaucracy has been able to articulate its overall impact, or benefit to the people of the communities I represent.”

The only certainty is that the County and municipalities would lose out on tax revenues, which would have to be absorbed by the ratepayers who live on the lands in question.

MPP Walker says the silver lining is that the Minister is under no obligation to push this through now. He says this directive is spelled out in her Mandate Letter. Says MPP Walker: “It is my hope she will do the right thing and abandon this proposal.”

He also says this consultation may be one of the shortest if not least meaningful consultations carried out by that Ministry, and leaves most people with more questions than answers.

“Owners of the lands affected have the right to be fully informed of the merits of the objectives of any such significant proposal. But, we know this didn’t happen, which is why I have shared with the Minister about 1,000 petitions to-date.”

He also encourages constituents to continue to sign petitions, which are available at his constituency office at 920 1st Avenue West in Owen Sound, as well as on his website at www.billwalkermpp.com/docs/petitions/Petition_-_To_Abandon_Proposed_NEP_Area_2015_ref_012-7228.pdf