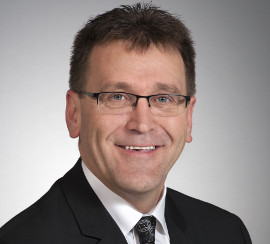 Bruce-Grey-Owen Sound MPP Bill Walker, alongside his PC caucus colleagues last week, released their key budget requests that would give Ontarians cheaper energy rates, better frontline health-care services and put the province on a path to paying down the debt.

“All three recommendations are reasonable, responsible, and achievable. But most importantly, they are the priorities of my constituents and what the people in Bruce-Grey-Owen Sound need and want this government to address immediately,” MPP Walker said.

The province’s auditor general has already slammed the Liberal government for the litany of waste and mismanagement, all mistakes that are costing Ontarians billions in lost core public services.

“It’s unjustifiable that their mistakes have translated into Ontario ratepayers paying the highest energy price in North America and that over the next 18 years, we will be essentially overcharged $133 billion above and beyond what the electricity is supposed to cost to generate and distribute,” said MPP Walker.

He also said the government’s abysmal mismanagement is resulting in unprecedented cuts to health care services, adding the impact of their decisions are starting to be seen at the frontlines.

“These recommendations are part of our effort to ensure that this government doesn’t cut another $54 million in health care funding as it did in last year’s budget, leaving patients without the care and services they need and deserve,” he said. “I sincerely hope the government will accept them and show that they took the pre-budget hearings and public consultations seriously. I would prefer to see money going to help people than to paying interest on their growing debt,” said MPP Walker.

Key Points in the PC recommendations:

Recommendation #1:A credible plan to make energy affordable, which includes halting any further sale of shares in Hydro One.

Recommendation #2:A plan to properly manage Ontario’s health care system, including reversing the current and planned cuts to doctors, nurses and hospitals.

Recommendation #3:A credible plan to balance the budget, and immediate action to pay down the debt.