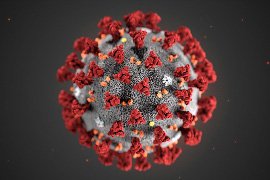 At their July 13 virtual meeting, Meaford councillors were provided with their fifth COVID-19 update since the municipality declared a state of emergency in late March. Prior to Council's meeting the province announced that most of the province, beginning Friday, will move on to Stage 3 of the provincial reopening strategy.

“Public gathering limits apply to indoor and outdoor events, such as community events or gatherings, concerts, live shows, festivals, conferences, sports and recreational fitness activities, fundraisers, fairs, festivals, or open houses. A two-metre distance must still be maintained at such events,” the province noted in a press release issued roughly an hour prior to Council's Monday meeting.

While most businesses are permitted to reopen in Stage 3, there are some that are not yet deemed safe enough. Amusement parks, buffet restaurants, and nightclubs are among a handful of sectors not yet approved for reopening.

Locally, municipal staff have been increasingly faced with large gatherings in Meaford's parks and beach areas, prompting staff to request the hiring of two temporary park attendants and two temporary bylaw enforcement officers who would be under contract until October 16.

“Over the last two weeks, since the last Council meeting, municipal staff have experienced a pattern of serious inappropriate behaviour in municipal parks and beaches, both related to the COVID-19 emergency, and general human decency,” Council was advised in a report presented during their July 13 meeting. “Staff have encountered large groups of people refusing to abide by provincial social distancing guidelines, as well as receiving multiple complaints from local residents about this. There have also been a number of incidents with people camping illegally in municipal parks and beaches, including since Memorial Park has opened. Perhaps more importantly, parks and facilities staff have had to deal with a large increase in the amount of garbage left in parks, placed in inappropriately large quantities around municipal garbage cans, and with human excrement deposited in multiple parks. It is, of course, unacceptable that people are behaving this way, and that municipal staff have to clean up human waste.”

Council was told that municipal staff have considered potential solutions to the issues, and they presented Council with two options – close the beaches and parks as some neighbouring municipalities have done, or to hire temporary staff, and open park and beach washrooms while at the same time providing increased enforcement.

“The preferred option for staff, and presumably for Council and the public, is to continue to provide park, open space, and beach facilities to our community and visitors. In order to do this, municipal washroom facilities, including port-a-potties at locations where these have regularly been installed, must be opened as soon as possible, and additional garbage collection must be implemented at key sites,” staff advised Council. “As was discussed in the last Council report, and approved by Council through the adoption of the Parks & Facilities Reopening Plan as a guiding document, opening washroom facilities in the current public health climate requires additional cleaning. Each permanent facility will be required to be cleaned seven days a week, twice daily (morning and afternoon), while port-a-potties must be cleaned three times a day (morning, noon, night) as they cannot be locked overnight.”

Staff also advised that more resources are required in order to enforce limits on social gatherings and other restrictions.

“Further, it has become clear that the Municipal Enforcement team needs to be active and on patrol seven days a week, for more hours than they currently are. Again, this is not possible with the current team due to the limited number of available hours, and the opening of Memorial Park, with the associated enforcement requirements. This is particularly the case as the Director and Manager responsible have determined that two staff must be working during peak times of the week, so as to be able to provide support to each other should a significant situation arise.”

Council was told that the added cost for the hiring of the temporary staff along with training, uniforms, and safety equipment will be nearly $45,000.

“In anticipation of Council’s consideration of this report, staff have issued job adverts for the four temporary full-time positions referenced above, with an initial closing day of July 17, 2020. Staff have also reached out to summer staff who were appointed earlier in the year, but whose jobs were not able to be filled due to COVID-19 service level changes, such as pool staff. Should Council approve the recommendation above, staff will continue the recruitment process, with the aim of having staff in place as soon as possible,” Council was advised. “Once staff are employed and trained, municipal washrooms in parks and beaches will be opened at the service levels discussed above, with appropriate signage posted. Enforcement activities will be ramped up at the same time.”

Council approved the recommendation from staff to hire the temporary workers, and to open public washrooms at municipal parks and beaches.