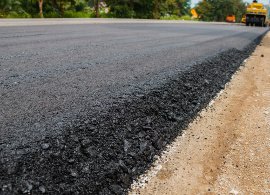 At their June 10 meeting, Meaford councillors gave final approval for an upgrade of the surface of Concession Road A from tar and chip surface treatment to asphalt.

Residents of the road have been lobbying council to upgrade the surface of their road during its rehabilitation this year, and while council approved the upgrade in a 5-2 recorded vote, the mayor and one member of council weren't pleased with the decision.

“I have really, really struggled with this for some time now,” Mayor Barb Clumpus told council. “I'm very concerned about the optics of how this decision was made. First of all, in my opinion it does not conform at all to the best practices and standards that have been used in the past. I have not heard an acceptable rationale for an upgrade to this enhanced version of the road.”

The mayor went on to suggest that the decision could undermine council's credibility.

“It really defies logic. In my opinion it is really questionable in terms of a responsible decision,” Clumpus told her fellow councillors. “The perception is out there now that this council caters to special interest groups, those with deep pockets and/or influence. I am really concerned about this. The question is what is really going on here in terms of making decisions, and I am very concerned, I think this undermines the credibility of the decisions that we make. We have just adopted a strategic asset management policy that speaks to transparency and the legitimacy of the decision-making process, which combines strategic plans, budgets, service levels, and risk management – how does this decision comply with that?”

The mayor also noted that the decision would set a precedent, and she has asked staff to prepare a report outlining the cost of upgrading all tar and chip roads to asphalt as Concession A will now have. The mayor suggested that based on the additional cost to upgrade Concession A to asphalt, it would cost $4.5 to $7.4 million extra on top of the cost of standard cost to rehabilitate those roads.

Only Councillor Paul Vickers agreed with the mayor.

“We have talked about this quite a bit the last couple times, and I did drive up onto Concession A to take a look at it, and I will try and reaffirm my position of not using hot mix asphalt. By using tar and chip it is a very satisfactory top for that road. It is at the very end of a dead end road. When you come to the end of Concession A, it doesn't go anywhere else, it doesn't look like it's going to be developed for other purposes anytime in the near future. I'd like to ask my fellow councillors to reconsider their opinion,” said Vickers.

Other members of council disagreed.

“You talk about perception, well, politicians are perceived to be liars and cheats no matter what you say, so the perception means nothing to me, and I don't care who lives on that road,” said Councillor Steve Bartley.

Mayor Clumpus requested a recorded vote, and only she and Vickers voted against the upgraded road surface, with Councillors Tony Bell, Steve Bartley, Harley Greenfield, Ross Kentner, and Deputy Mayor Shirley Keavney all voting in favour of the upgrade.