An Owen Sound man discovered over the weekend just how costly excessive speed can be on Ontario Roads.

On Sunday, September 1, Grey County Ontario Provincial Police (OPP) with the assistance of the Grey County OPP Crime Unit, arrested and charged four people in relation to the 2006 M6040 Kubota tractor and the Generac generator which had been reported stolen from a property on the St. Vincent-Sydenham Townline in the Municipality of Meaford on July 19. 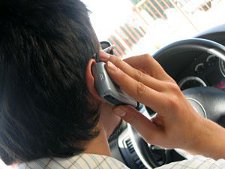 With the last of the summer long weekends only days away, the Ontario Provincial Police (OPP) are giving advance notice that they will be honing in on distracted drivers as part of the heightened enforcement they have planned over the Labour Day weekend.

On Thursday, August 16 at approximately 8:25 p.m., Grey County Ontario Provincial Police (OPP) received a report of an impaired boater at the Meaford Boat Launch on St. Vincent Street in the Municipality of Meaford.

Two males were observed attempting to dock a 16 foot Prince Craft Fiesta vessel.  One of the males fell overboard but managed to get to shore.  The second male remained in the boat.  When the boat began drifting away, the operator attempted to paddle back to shore.