On Saturday, January 24, at approximately 10:33 p.m., Grey County Ontario Provincial Police (OPP) responded to a report of a domestic assault on Trowbridge Street in Meaford, wherein the victim had sustained minor injuries.

As a result of the investigation, a 36 year old Meaford man was arrested and charged with assault.

Intoxicated Youth Asks Police For a Ride, and is Arrested Instead

A Meaford male who asked police for a ride home on Sunday morning found himself getting a ride to jail instead.  On Sunday, January 18, at approximately 4:34 a.m., the youth who was prohibited from possessing or consuming alcohol, contacted Grey County Ontario Provincial Police (OPP) requesting an officer give him a ride to urban Meaford from a residence on Concession 2 in the Municipality of Meaford. 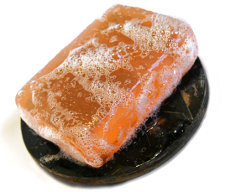 Grey County Ontario Provincial Police (OPP) urge residents to use caution when purchasing items on-line after a Meaford resident received a bar of soap instead of an iPhone he thought he had purchased.

Officer Finds Occupants of Vehicle in Snow Bank to be Impaired

On Thursday, January 1, 2015 at approximately 5:35 a.m., a Grey County Ontario Provincial Police (OPP) officer came upon a vehicle in a snow bank on Sykes Street North at Ridge Road in the Municipality of Meaford.  The vehicle, a blue 2014 Nissan, was occupied by two males who had been drinking alcohol.