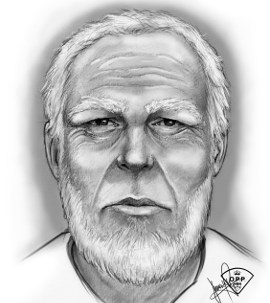 On September 10, 2017 at approximately 8:35 p.m., Grey County Ontario Provincial Police (OPP) received a report of an indecent act that had occurred on Collingwood Street in the Municipality of Meaford, Grey County.

Over a year has passed since this occurrence was reported to police, Grey County OPP Crime Unit continues to investigate any and all information received in reference to this occurrence. 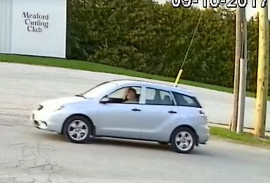 At approximately 7:00 p.m. on Sunday, September 10, the victim, a 12-year old girl, was walking on Collingwood Street, in Meaford, when an unknown male driving a small, four door vehicle that was grey or silver in colour, believed to be a Toyota Matrix with a darker interior, pulled over and asked her for directions. He then began asking her questions that were personal and sexual in nature. The girl ran home and disclosed what had happened.

The suspect was described as being a Caucasian male, 50-70 years of age, heavy set, with brown and grey short hair which laid flat on his head, some grey facial hair on his chin, dark eyebrows and yellowed crooked teeth.

Anyone with information which may assist in identifying the driver and or the vehicle, is asked to contact Grey County OPP Crime Unit, Detective Constable Seth Adair at 519-794-7827.