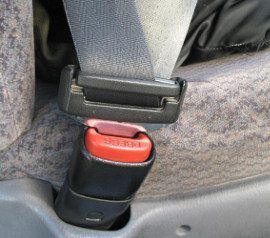 Ontario Provincial Police (OPP) have investigated 34 road fatalities so far this year in which the victims were reportedly not wearing a seat belt. There were 30 such deaths at this time last year (2017), with lack of occupant restraint being linked to 49 deaths by the end of the year.

As the OPP embarks upon its Fall Seat Belt Campaign, drivers and passengers are being reminded that air bags do not replace seat belts and are designed to work with seat belts, not instead of them. When a frontal collision launches vehicle occupants toward the steering wheel, dashboard, or windshield, even at low speeds without a seat belt the outcome can be catastrophic even if the air bag deploys.

"Regardless of technological advances in vehicle safety, a seat belt remains your first line of defence and your best chance of surviving a collision. While air bags are a second line of defence, they will not restrain you. Only your seat belt can hold you in place. Whether you are a driver or passenger, don't let anyone in a vehicle be without their seat belt properly fastened," said Deputy Commissioner Brad Blair, Provincial Commander, Traffic Safety and Operational Support.

During the campaign, the OPP will be highly visible throughout the province as they conduct education and enforcement initiatives aimed at getting people to buckle up and stay safe.

While 93 per cent of Canadians buckle up, the seven per cent who do not account for almost 40 per cent of fatalities in vehicle collisions (Transport Canada).