Emergency Workers Have A Right To Safe Space On The Roadside 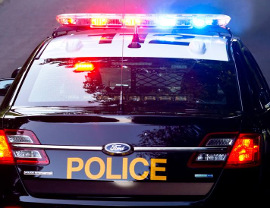 With the first half of the year behind them, the OPP has laid 932 Move Over charges so far this year against drivers who failed to slow down and move over when approaching an emergency vehicle with its lights flashing.

While the year-to-date number sets the stage for a potentially lower number of charges compared to the past few years, it is an important law that the OPP sees far too many drivers continue to ignore at the expense of first responder safety.

“Any driver who has had to pull over to the roadside of a busy highway or road knows how unnerving and unsafe it feels to see traffic clipping by at close proximity. We need all drivers to be mindful of this when they see police, other emergency personnel, and tow truck drivers on the roadside carrying out their public safety duties. Slowing down and moving over for emergency vehicles if safe to do so will help reduce the number of these preventable collisions and allow those who provide help at the roadside to do their jobs safely,” noted OPP Deputy Commissioner Brad Blair, Provincial Commander of Traffic Safety and Operational Support.

In 2017, there were six incidents in which an OPP vehicle was stopped/parked on the roadside and was struck from behind while its emergency lights were activated.

Subsequent offences (within five years) carry a $1,000 to $4,000 fine, possible jail time up to six months and possible suspension of your driver's licence for up to two years.

Drivers are reminded that the law was amended in 2015 to include tow trucks parked on the roadside with their amber lights flashing.