The Pet Expert: Yet Another Study Finds No Link Between Grain-Free Diets & Canine Heart Disease 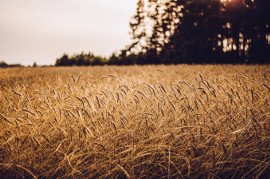 The summer of 2018 unexpectedly became an alarming time for many dog owners when the U.S. Food and Drug Administration (FDA) launched an investigation into the possible link between grain-free dog foods and a form of heart disease called dilated cardiomyopathy (DCM).

News of the FDA’s investigation immediately went viral, as threatening headlines poured in from virtually every possible outlet.

What consumers thought was a straightforward remedy for preventing a potentially fatal disease was actually far more complicated than simply switching dog foods.

What caused the FDA to investigate grain-free dog foods?

Of the dogs involved in this inquiry, many of them had been eating grain-free foods. This should not have been a surprise to anyone since the vast majority of today’s dogs are fed grain-free diets anyway, however as the investigation progressed, the FDA could still not find any conclusive evidence proving grain-free diets cause heart disease in dogs.

What is Dilated Cardiomyopathy (DCM)?

DCM is a fatal form of heart disease affecting the upper and lower chambers of the heart, causing them to enlarge, thus weakening the muscle itself. This affects the heart’s ability to pump, leading to fatal conditions like fluid buildup in the lungs, and congestive heart failure.

It is estimated that 0.5%-1% of the 77 million dogs in the United States have dilated cardiomyopathy. Symptoms of DCM include difficulty breathing, lethargy, appetite loss, and persistent cough.

While there are medications available to temporarily help increase heart function, by the time symptoms of DCM are detectable the disease has usually progressed to an advanced and untreatable stage.

The Fallout From The FDA’s Investigation

As a result of the DCM hysteria, pet retailers, pet food manufacturers, and veterinarians were fielding an overwhelming number of calls from concerned pet owners, fearful the grain-free foods they have been feeding their beloved dogs may be causing irreversible harm.

To further the panic, the FDA released a warning to the public identifying 16 dog food brands as being linked to canine heart disease. Not only were these brands among the most reputable pet food brands in the industry, they were also some of the most popular. Many pet industry experts publicly called out the FDA for releasing this list, saying it was unethical and presumptuous to implicate dog food brands without the backing of conclusive scientific findings. This led many to question the motives behind the FDA’s investigation: could the giant pet food conglomerates of the world be behind this in an attempt to regain lost market share? That is perhaps a discussion for another time.

On June 15, 2020, a pet care research and consulting firm called BSM Partners published an exhaustive literature review of 150 studies on dilated cardiomyopathy in the Journal of Animal Science (JAS). BSM Partners consists of veterinarians, veterinary cardiologists, and animal nutritionists, and are well known in the pet industry for working with a wide variety of pet food manufacturers.

BSM’s in-depth review found no conclusive relationship between grain-free diets and DCM. Additionally, the review expressed concern regarding incomplete information in the FDA’s reporting of DCM cases, making it impossible to make any sound scientific conclusions from the data.

Sydney McCauley, PhD, animal nutritionist, and lead author for this review stated, “We wanted to gain the best understanding of this issue, so we examined the results of more than 150 studies, which, taken together, did not support a link between grain-free and legume-rich diets and DCM.” McCauley also stated, “What the science does make clear is DCM is largely an inherited disease.”

The peer-reviewed article’s co author, Eva Oxford, DVM, PhD, DAVCIM (cardiology), added, “We believe further research is needed in order to reach sound conclusions with respect to the relationship between diet and DCM.”

While this new review found no conclusive evidence supporting a link between grain-free diets and DCM, it is evident more scientific research is needed to further our understanding of what is a complicated, multi-layered issue.

What Should I Feed My Dog?

Naturally, all of us dog lovers want our best friends to live long, healthy lives. When it comes to the relationship between canine heart disease and diet, it is apparent that there is much research to be done. At this point in time, there is no scientific evidence suggesting pet owners should avoid grain-free dog foods. Whether you feed your dog a grain-free or grain-friendly diet, make sure the products you choose are made from healthy, wholesome ingredients made by reputable manufacturers. Your trusted pet health professional will help you find the right foods based on your individual purchasing criteria.