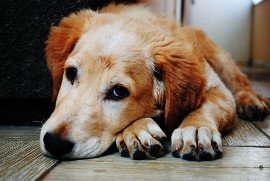 This Act, also known as Bill 136, defines a new animal welfare model by assigning a Chief Inspector, as well as a series of Animal Welfare Inspectors across the province.

This is a broad step in the right direction, as it has modernized many aspects of animal rights.

Among the most important updates in the new PAWS Act, are the following powers given to new animal welfare inspectors:

When presented in their clinic, veterinarians can now remove animals from abuse situations, and can also choose to euthanize an animal against the owner’s wishes if they feel it is best for that animal’s welfare, as well.

Bill 136 creates transparency into animal welfare cases, as consistent data will be collected on a case-by-case basis, and recorded in a comprehensive data recording system. This will allow inspectors to access files about any case or individual, no matter where they are in the province. New oversight by the Auditor General, Ombudsman, Privacy Commissioner, and the Freedom of Information and Protection Legislation adds an additional layer of accountability too.

The PAWS Act opens the door for further animal welfare regulations. It’s a big step, and animal welfare throughout the province should improve drastically as a result. However, this new bill leaves room for improvement.

Animals Left Outside in Extreme Weather

Pennsylvania State legislators made waves in 2017 in the fight for better animal welfare laws. Libre’s Law, named after a seven-week old puppy who was rescued from abuse, makes it illegal to leave dogs tied up outside for more than 30 minutes in extreme weather. They define this as any time when the temperature is either hotter than 32 degrees Celsius, or colder than 0 degrees (below freezing).

Repercussions for breaking this law are not soft, either. Anyone found leaving their dog tied up in temperatures outside of the allowable parameters may face up to a year in jail, accompanied by stiff fines. A handful of other states have implemented laws about chaining dogs up indefinitely, however Pennsylvania is the first to add a temperature element to the mix.

Currently, animal welfare inspectors can judge whether an animal is in an abuse situation based on whether or not they’re tied up outside for too long, however specific temperatures have not been defined.

Declawing, tail docking, and ear cropping have been popular procedures for pets for a long time. However, over the last decade, more and more veterinarians are refusing to do them. All of these procedures are unnecessary, and can cause long-term harm to animals. Parts of the U.S. have banned many of these barbaric procedures, and Ontario should follow suit.

Animals for Sale or Entertainment

The new PAWS law states that no person shall cause an animal to be in “distress”, which is being defined as “the state of being in need of proper care, water, food, or shelter, or being injured, sick or in pain or suffering or being abused or subject to undue or unnecessary hardship, privation or neglect.” Animal Welfare Inspectors are permitted to inspect premises where animals are being held for the purposes of sale or entertainment, including breeding facilities and circuses.

However, as long as a general level of care is being met, and the animal doesn’t appear to be hurt or injured, there isn’t much else for an inspector to do.

It’s no secret that circus animals are often brutally abused. They spend most of their time in confined cages, travelling the world in non-climate controlled crates, and are forced to perform even though it can be painful or difficult for them. Many circuses are now removing animals from their shows, like Cirque Du Soleil, due to public outcry.

Unfortunately, the act of having animals perform in circuses is not in itself illegal. And the conditions these animals live in is not regulated, as long as their basic needs are being met. Many countries, including Bolivia, Greece, Peru, and the Netherlands, have outright banned animals in circuses.

Backyard breeding and unregulated breeding has always been a problem in Ontario, as well as the rest of Canada. There are no laws regulating breeders specifically, making it easy for anyone to breed cats, dogs, and other animals at will. Because there have been no laws against it, puppy mills are more common than you may think. Many pet stores have stopped selling puppies, but are still selling other milled animals, such as small pets and exotic reptiles.

While breeders do need to hold to Bill 136, just like circus animal owners, they’re also only required to provide the basic necessities of life. This won’t cut down on the number of people breeding animals despite possible poor outcomes, such as inbreeding or genetic health problems. However, as informed pet owners, we can collectively decrease demand for poorly bred animals by taking the time to find high quality, reputable breeders - or better yet, a rescue or shelter.

Overall, the new Provincial Animal Welfare Services Act is a long overdue, and much needed big step towards the betterment of animal welfare in our province. While there is still much to be improved upon, this sets the foundation for a brighter future for Ontario’s animals.