The Pet Expert: Having Pets Can Affect Your Relationship 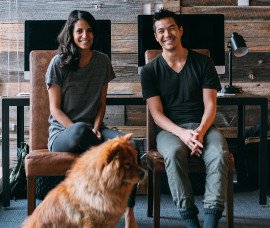 The important role that pets play in potential new relationships is vital, yet often unspoken. A recent survey found that approximately 86% of pet owners would break up with a new romantic partner who didn’t like their pet.

For longer-term relationships existing one year or more, almost all respondents participating in the survey confirmed their pet would still take priority, and they would end a relationship if it meant choosing between a pet or partner.

The same survey also found that a potential partner not liking someone’s pet was worse than having a poor sense of fashion, being a bad tipper, or even not wanting kids.

Though the survey looked specifically at relationships where the pet was in the picture before new relationships began, many believed that, in the instance of bringing a new pet into a relationship and discovering their partner didn’t like it, would also be grounds for a break up.

For pet lovers, this information may come as no surprise; our pets are among our dearest family, and we do everything in the world for them. In the eyes of pet lovers, we wouldn’t give up a child for the sake of a new relationship, so why would we give up our fur baby?

On the other hand, potential new partners who don’t like a certain pet may have a plethora of reasons as to why. Many people simply aren’t animal lovers to the same degree as others. Some may prefer only cats, while others prefer only dogs. And sometimes, that cat or dog may not like them back.

Among the study participants, the most glaring concerns between partners in a relationship are disputes about boundaries. A 2015 survey found that about 70% of pet owners allow their pets to sleep on the bed. That means only 30% of pet owners would prefer to have Fido on the floor at night. For a new partner, especially a romantic one, they may not want a third wheel in the bed.

Being spontaneous can be an exciting part of new relationships, too. However, as pet owners, we know that we have a responsibility to be there for our pets, and to take care of them every single day. This can make spontaneous trips and romantic weekend getaways somewhat of a hassle. If a potential new partner loves to travel and explore on a whim, the responsibilities of having pets can lead to a variety of complications. This may lead to jealousy or resentment, as some may feel as if their partner’s pet’s needs are more important than their own.

Pets can also be expensive. Due to veterinary visits, food, and other essential pet expenses, a potential partner who doesn’t own a pet may feel as though they’ll have to take on more financial burden in a long-term relationship. While most pets are relatively inexpensive, this can change in an instant if illness, injury, or medical emergency arises.

Brandon Forder – also known as The Pet Expert - is vice-president of Canadian Pet Connection, a family-owned and -operated business located in Meaford. He has over twenty-five years of experience specializing in pet nutrition, behaviour, and healthy pet lifestyles. Canadian Pet Connection is an industry leader committed to providing their clients with the highest levels of personal, attentive service. Learn more at www.CanadianPetConnection.ca.