The Pet Expert: Should Exotic Pets Be Sold in Pet Stores? 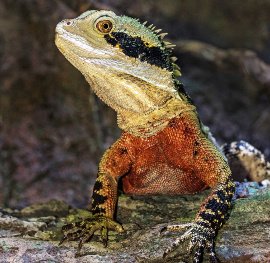 Recently, the sale of exotic pets in Canadian pet retail stores has come under heat due to concerns about widespread neglect, and lack of regulation.

The term 'exotic pet' is a fairly broad term pertaining to many species. Popular exotic pets include reptiles like iguanas, geckos, and bearded dragons, hundreds of species of fish, and dozens of 'pocket pets', like rabbits, guinea pigs, and hamsters.

Pet owners, alongside rescue groups, are exposing the lack of regulations surrounding this industry, and for good reason; there is virtually no legislation in place to protect these animals. In fact, regulations pertaining to the sale and care of exotic pets varies by province. Currently, Ontario is the only province without complete legislation, as exotic pet ownership laws vary by municipality.

There is a serious lack of mandate when it comes to the importation of exotic animals into Canada. According to the Government of Canada website, “Amphibians and reptiles (excluding turtles and tortoises) are not regulated under the Health of Animals Regulations (other than Part XII that regulates the transport of all animals). As a result, there is no Canadian Food Inspection Agency requirement to obtain an import permit, nor a health certificate. Under normal circumstances, there are no border inspections. Imports are permitted from any country, for any use, to any destination in Canada.” They go on to explain that turtles and tortoises are only regulated because of their high risk of contagious disease.

Believe it or not, in most parts of Ontario it is legal to own almost any kind of non-endangered exotic pets, including primates, tigers, crocodiles, and more, depending on local municipal by-laws. Only two species of animal are outright banned across the province: pitbulls, and... are you ready for this? Killer whales. And with extremely lax rules on importation of most animals, pet stores are able to acquire and sell them for hefty profits.

Although there are many arguments for both sides of the exotic pet importation debate, the cons undeniably outweigh to pros. For several reasons, an increasing number of Ontario pet retailers are bidding farewell to in-store sales of small pets, as mounting evidence suggests these animals are best left to rescue groups and exotic pet experts. Unfortunately, many Canadian pet retailers continue to sell exotic animals, despite persistent public outcries to stop.

Exotic pets require specialized care, and to be frank, a high percentage of pet retail employees are unqualified, and do not receive sufficient training and education. Students, part-time employees, and otherwise non-specialized personnel are designated to care for the exotic pet inventory. And, in the eyes of many pet retailers, that’s exactly what these animals are considered to be – inventory. Unfortunately, the reality is a significant number of exotic animals become ill, injured, and die before getting a chance to be seen by would-be forever families. Veterinary care is expensive, and cuts too much into retail profits, so many animals are left to suffer behind the scenes.

Furthermore, it is important to consider where these exotic animals come from. While I’m sure you’ve heard of puppy mills, there are also reptile mills, fish mills, and small pet mills. Many of these mills over-breed their animals, and treat their inventory as disposable. Countless mills operate as cut-rate as possible, by cutting corners and neglecting animals, allowing pet retailers to buy 'in bulk'. A large portion of pets, especially fish and reptiles, which don’t come from mills, are instead snatched from their natural, wild habitats, and forced into a new life of confinement. Wild-caught exotic animals often die from shock within a short period of time after capture.

Owning exotic pets can be a wonderful, fulfilling experience if you do your due diligence. If you’re considering bringing an exotic pet into your home, consider working with an exotics rescue first. There are hundreds of animal rescues across the country that specialize exclusively in exotics, and will provide species-specific education for responsible long-term care.

By making conscious, ethical decisions about the pets you own, you are making a difference towards ending unscrupulous exotic pet sales in Canada.

Brandon Forder – also known as The Pet Expert - is vice-president of Canadian Pet Connection, a family-owned and -operated business located in Meaford. He has over twenty-five years of experience specializing in pet nutrition, behaviour, and healthy pet lifestyles. Canadian Pet Connection is an industry leader committed to providing their clients with the highest levels of personal, attentive service. Learn more at www.CanadianPetConnection.ca.