The Habs vs The Hab-Nots 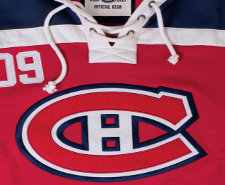 The United Way of Bruce Grey has announced that they will host a fundraising hockey game featuring the Montreal Canadiens Alumni Team pitted against The Hab-nots! A spunky team rostered by the Sunday Morning Hockey League Players Association (SMHLPA).

The game will be played on January 17, 7:30 pm at the Harry Lumley Bayshore Community Centre in Owen Sound.

Tickets are being handled by the Owen Sound Attack office and season ticket holders have until December 12th to exercise their options for tickets. Visit the Attack website for ticket information (www.attackhockey.com) or call 519-371-7452

Details on actual players, autograph sessions and other related events will be released in the coming weeks.  There will be an auction for the opportunity to play for the Canadiens as a forward or defence player closer to the event.

Some of the potential players to participate: