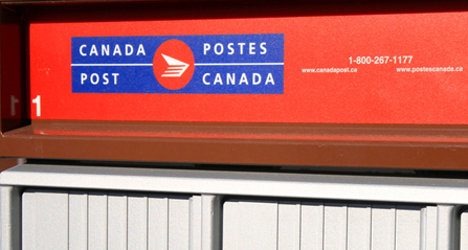 Canadian Postmasters and Assistants Association (CPAA) think they have found a way to make rural post offices even more sustainable.  It commissioned a recent independent study that showed nearly half of post offices outside of Canada’s big cities are located in communities with no bank or credit union.

In those communities that still have a bank or a credit union, many residents have to contend with limited, part-time banking hours. The survey of Canada’s 3,300 rural post offices: “Why Post Offices should offer banking services” is available for free download at: http://bit.ly/1r8U3fj.

Offering financial services in post offices would create a new revenue stream for Canada Post. Equally important, it would benefit numerous communities in Canada whose residents, in order to get to a bank or credit union, are forced to travel long distances. That costs time and money and stifles economic development. Many other countries similar to Canada, such as the United Kingdom, France, Switzerland, Japan, Italy, and New Zealand, have very successful banking services right in their post offices.

Ms. McAuley said: “We believe that our study is significant because of the value of this public asset. Canada Post is uniquely positioned to offer financial services throughout rural Canada. When Canada Post can make more money and offer more services to Canadians who need them, we have a perfect opportunity. Let’s not lose it.”

CPAA has started a national advertising campaign urging Canadians to write to Lisa Raitt, the Minister in charge of Canada Post, and ask her to make this happen. Her letter of suggestion can be found at: http://bit.ly/1pxhMVZ.

CPAA represents over 8,700 employees of Canada Post who work in over 3,300 rural post offices across Canada. These offices make up over 50% of all postal outlets. Its membership, consisting of 95% women, and serves communities in every province.