Snow Plows Delayed, But They're on the Way 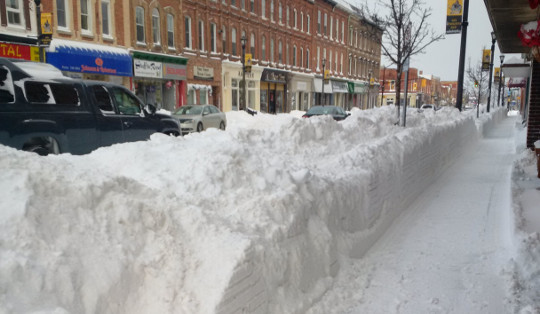 The Municipality of Meaford issued a press release this morning to notify residents that snow plows are running behind, but they are on the way.

“Due to the high snow accumulation in the Meaford area over the last 24 hours, combined with blowing snow and reduced visibility, some plow routes are running 1 to 2 hours behind schedule,” said the municipality in the press release.

Meaford's Transportation Services staff have observed snow accumulation of about 20 centimetres in the last 24 hours, with drifting snow reaching depths of 40 to 60 centimetres.

“As Transportation Services staff work hard to clear roads and sidewalks, we ask residents to be patient and use extra caution when driving. We would also like to remind residents not to park cars on roadways so they will be clear for plowing,” said the municipality. “At this time Environmental Services staff anticipates that all waste pickup routes will be completed today as regularly scheduled. However, due to snow accumulation, some routes may arrive later in the day than usual.”