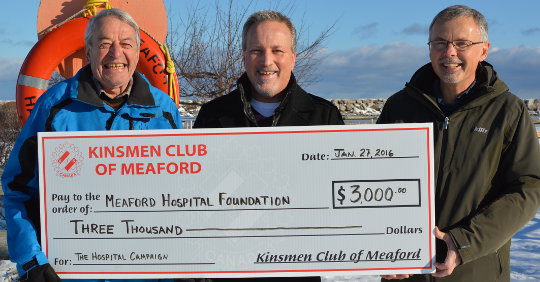 As part of a $15,000 total pledge to the Meaford Hospital Foundation Campaign, last week Meaford's Kinsmen Club made their annual donation of $3,000 to the foundation.

The Kinsmen raised the funds from the Tim Cronin Memorial Hockey Tournament hosted by the Kinsmen at the Meaford & St. Vincent Community Centre on January 8 and 9.