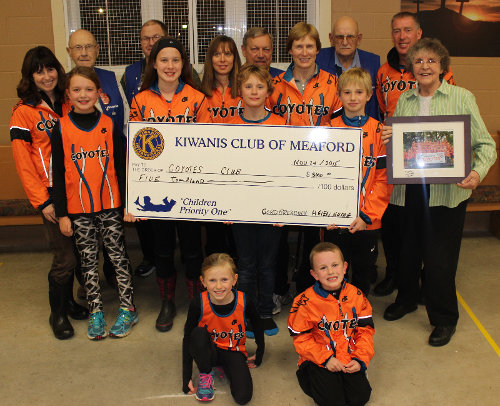 The Kiwanis Club of Meaford made a very generous donation of $5,000 to the Meaford Coyotes Track Club on Tuesday, November 24.

The Coyotes receive support from many local groups and businesses, but the Meaford Kiwanis Club have been the primary sponsor of the Coyotes since 2013. The money will be used to help cover the numerous races entry fees for all the Coyotes members for the upcoming 2016 racing season.

If you would like to help support the local Kiwanis Club of Meaford, you can drop off good quality used clothing at the Midas Mart - the white building right next door to the big Red Apple Information Centre in downtown Meaford.