Critically acclaimed musical talent Royal Wood will be making a stop in Meaford this weekend.

His latest release We Were Born to Glory  debuted in the Top 25 charts in Canada and was recently nominated for “Adult Alternative Album of the Year” at the 2013 Juno Awards. 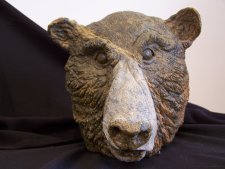 Currently on display in the Galleries at Meaford Hall are exquisite carvings depicting animals, faces and even trees. Made from materials such as antler, steatite and even mastodon tusk, they form an exhibit titled Legends of the Mi’kmaq.

These creations each come with their own back story – hinted at by titles such as ‘The Man Who Would Live Forever’ and ‘The Dragon, The Witch and The Wolverine’. 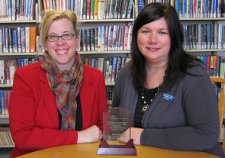 Seeley received the award at the 2014 Ontario Library Association’s annual SuperConference in Toronto on January 30, 2014. 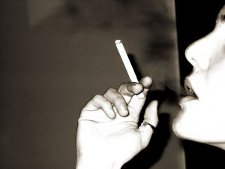 As of January 1, Grey County Social Housing implemented a smoke-free policy in their residential units. The issue of second-hand smoke in multi-unit housing continues to grow as a serious public health concern. Currently, one in three Ontarians live in an apartment, condo or co-op where they can be exposed to unwanted smoke through shared walls, hallways or ventilation systems.