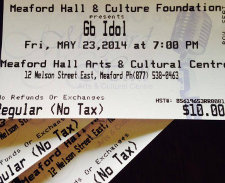 After three exciting rounds of competition, GBSS Idol 2014 will hold its finale this Friday night, May 23, at Meaford Hall.

The finale features the top three, as voted by the audience after April’s third round. The competition started with 20 performers – bands, duets, and individuals alike, which was then reduced to 15 for the second round, 10 for the third, and now only three remain.

Lovers of classical music, mark your calendars – on Monday, May 26 at 7:30 pm, the talented members of the Georgian Bay Symphony Youth Orchestra will give a recital in the Opera House at Meaford Hall. 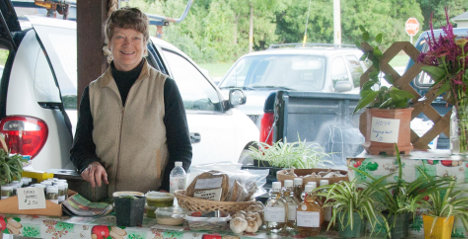 The annual Healthy Communities Conference - Collaborative Partnerships Making Healthy Change Happen, opened on May 14 with Paul Born, from Tamarack, an Institute for Community Engagement, sharing his vision of ‘collective altruism’.

“Answers are so yesterday,” said Born. “We need to listen. We listen to engage people, people start to transform and suddenly we have change without fully understanding how we got there.” Born said community begins with stories. Over time trust grows. With trust we take care of one another. From that comes the energy to build reality from our dreams.