Curlers Mix It Up At Local Bonspiel 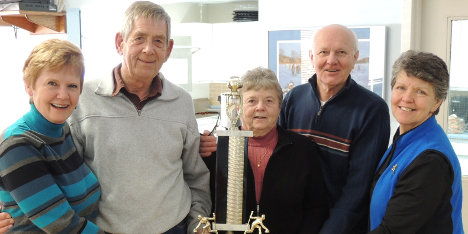 With just a few weeks left in the curling season, Meaford curlers are making the most of it. This past Saturday saw all kinds of yelling from skips to brush “Harder, harder” as teams of men and women vied for the trophies in the local mixed bonspiel.

There were, as usual, some hard fought battles but in the end the winners of the ‘A’ trophy were the Blackburn rink, whose lead was Evelyn Lemont, at second was Bill Bouwman, and Verla Cramp-White was vice. The sponsors were Eagles Weed Control.

Ironically, Dave and Jana Wipperman won their own trophy which is sponsored under the name of Dave’s Heating and Cooling. His lead and second were Linda and John Brough.

This was a pot luck event and, as always, folks stepped up to the plate and the food was abundant and delicious. 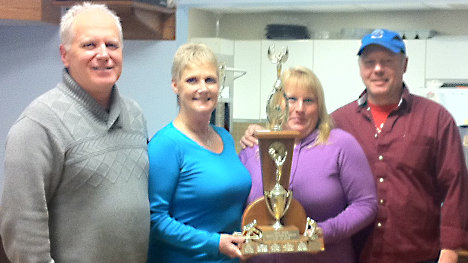