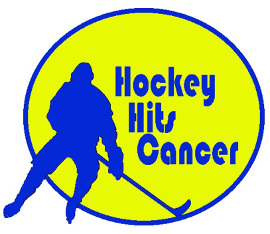 Hockey Hits Cancer is hosting its 6th annual adult hockey tournament on the March 13-15 weekend. This year, there will be more than 20 teams competing and supporting throughout the weekend to help reach the fundraising goal of $30,000.

This year’s tournament begins on Friday, March 13, at 6 p.m. The raffle table and prizes will open around 4:30 p.m. that same day. The raffle table will be open until Saturday, March 14 at 8 p.m. Be sure to get down to the arena to ensure your opportunity to win one of the many wonderful prizes, including a Gift of Flight for Two (2) from WestJet to anywhere in North America, the Caribbean, or Great Britain.

“Among all of the support and donations received through the five-six years of hosting events, Hockey Hits Cancer would like to recognize a couple of people who have been around since the beginning. Helping to volunteer and put the tournament together each and every year: Susan Reid, David Fleming, Michelle Fleming, Ashley Fleming, Hudson Fleming, Anne Brown, Nathan Marshall, Chad Harvey, Emily Birr, Kirsten Harvey, Mathew Winch, Pat Boothby, Cindy Bedford, Paul Bedford, Karen Marshall, Trevor Marshall, Steve Brown, Connor Long, Nick Bowins, A Child’s Voice Foundation, and WestJet Canada,” said Mackenzie Fleming. “Thank you everyone who has supported throughout the years, we look forward to many more years ahead, including new events coming soon!”