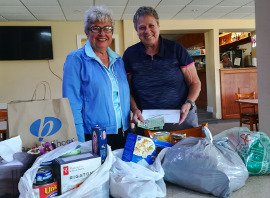 On September 5, nine golfers from the Meaford Ladies 18 Hole Club participated in their 'Field Day' game, and as is their custom brought a donation for the Golden Town Outreach Foodbank.