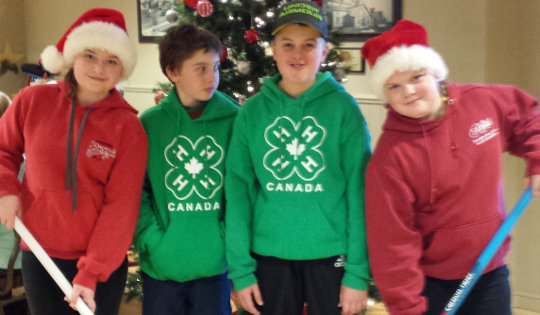 The Meaford Junior Curling Team travelled to Collingwood on Saturday, December 5 to compete in the Cranberry Cup Bantam Bonspiel.

The Meaford team took on Collingwood in their first game. Despite giving up 5 in the first end, they battled back to an exciting 7-7 tie by taking 3 in the last end.

Their second game was against another Collingwood squad with Madi Lewis as a spare. The team had luck and skill on their side with a 13-1 win, earning them 2nd place for the day. This was the first outing of the season for this team of enthusiastic curlers.