Prestigious Award For University Textbook With a Meaford Connection 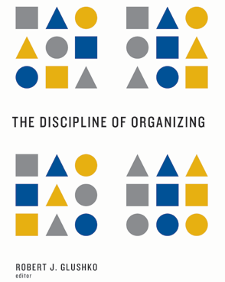 A Meaford area resident has shared in a prestigious award for a textbook project for which he was a co-author and production editor.

Murray Maloney told The Independent that The Discipline of Organizing, written and edited by Robert J. Glushko, Adjunct Professor at UC Berkeley, has been awarded Information Science Book of the Year by The American Society for Information Science and Technology. 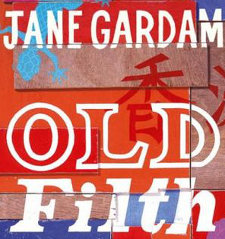 Octogenarian Jane Gardam was originally known for her children’s books. However when it was suggested that she enter an essay contest she created a scene so intriguing to her that she wanted to develop the characters more fully.

Thus was born Old Filth. Edward Feather, aka Fevvers, Teddy, Filth, and Old Filth, is a Raj orphan. These are children born to English families doing the work of the Empire in foreign lands. At around age four, and due to fear that they would contract some indigenous diseases, they were shipped back to England and fostered somewhere there.

Cast and Crew Ready for Peace and War 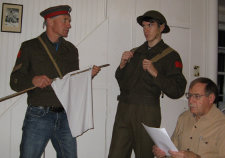 Local actors and musicians bring history alive with the presentation of Peace & War on stage at Meaford Hall November 10. This annual community production features four short dramas and a variety of music for Remembrance Day.

On the eve of Remembrance Day, Meaford Community Theatre presents Peace & War, a reflection on conflicts of the last century, on stage at Meaford Hall. This annual community production features four short dramas and a variety of songs by local musicians.