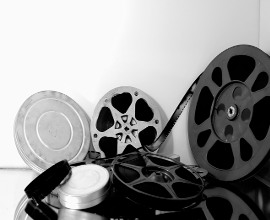 Anna den Hengst, Artistic Director for MIFF, has announced a prize of $100 for each of the Grey Bruce Youth Film Festival shorts selected to screen at MIFF on the Labour Day weekend.

Student films selected for the Grey Bruce Youth Film Festival will be showcased at the Galaxy Cinemas in Owen Sound on Wednesday, June 10. GBYFF judges select the winning junior and senior submissions to receive $150. MIFF selects films from the GBYFF screening to show again as a precursor to their feature films, inviting students to join them to discuss their filmmaking process on stage, and recognize each student filmmaker with a cash bursary and the golden 'MIFFY' trophy.