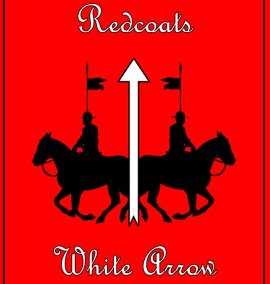 Meaford writer Patricia Kortland will be hosting a launch party for her fifth book, Redcoats, White Arrow at the Meaford Museum on Friday, October 18, at 2 p.m.

The book launch will feature refreshments along with a presentation and discussion of the book, which is a historical novel based on the development of western Canada with the help of the North West Mounted Police from 1873 to 1885.

Kortland graduated from McMaster University in Hamilton with a Bachelor of Arts Degree, and pursued a career as an elementary school teacher. Her interest in history began as early as five years of age at her grandpa’s knee. He had attempted to homestead in Saskatchewan about 1900 and shared many of his colourful experiences. Her fascination continued when she lived in Fort Qu’Appelle. The Grade 5 teacher took the class on a walking tour of the historic town which had a connection to the Riel Rebellion.

Kortland's new book has already been reviewed by some local residents.

“Upon reading Redcoats White Arrow, I got a very real sense of how some of the major events of Canadian history were experienced by those who lived through them. Her writing echoes the styles of many accomplished writers of history and historical fiction,” said Meaford resident Paul Wehrle. “I was transported to a time which transformed the Canadian West to view it through the eyes of some of the individuals who played a role in how events unfolded. I viewed real people; people with names and lives beyond what we call history and saw the microcosm from which greater events are built. A truly riveting account.”