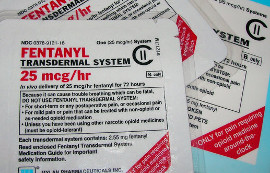 The Fentanyl Patch Return Program, also known as Patch 4 Patch, requires patients to return used patches to their pharmacy before they can receive more. The program sees the doctor, pharmacist, and patient working together to ensure safe and responsible use of fentanyl patches.

“Misuse of fentanyl patches is linked to a growing number of overdoses,” says Dr. Hazel Lynn, Grey Bruce Medical Officer of Health. “Our goal is to increase community safety by keeping fentanyl in the hands of the patients for whom it is prescribed.”

The Chief Coroner reports 549 deaths associated with fentanyl in Ontario from 2009-13. In Grey Bruce, there were nine deaths due to fentanyl overdose from 2010-14.