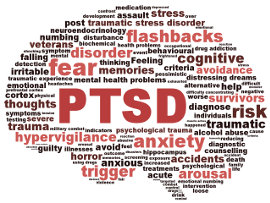 Ontario is putting in place a number of new initiatives to help prevent or mitigate the risk of post-traumatic stress disorder (PTSD) among first responders.

Evidence shows that first responders such as police personnel, firefighters, and paramedics are at least twice as likely as the general population to suffer from PTSD, due to the risk of routine exposure to traumatic stressors.

“Ensuring employers have the resources they need to improve mental health supports is part of the government's plan to build Ontario up and deliver on its number-one priority to grow the economy and create jobs. The four-part plan includes investing in people's talents and skills, making the largest investment in public infrastructure in the province's history, creating a dynamic, supportive environment where business thrives and building a secure retirement savings plan,” said the province in the announcement of the initiative.

PTSD involves clinically significant distress and impairment to functioning, and the development of certain types of symptoms following exposure to one or more traumatic events. It can include painful flashbacks, nightmares, outbursts, thoughts of suicide, and feelings of worry, guilt, or sadness.

On March 5, 2015, Ontario hosted the Summit on Work Related Traumatic Mental Stress. The province’s strategy builds on the dialogue and feedback from the Summit.

"PTSD is a serious and debilitating injury. With appropriate resources and timely treatment, we know it can be prevented or mitigated. We’re acting today to ensure we support effective prevention for Ontario’s first responders. We know the solution lies with a comprehensive approach which includes both preventative and legislative measures. I am proud to share the first piece of our strategy to deal with PTSD in our first responders that will seek to address current gaps and build on existing PTSD prevention activities currently underway across Ontario," said Kevin Flynn, Minister of Labour.