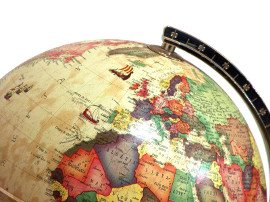 Host families are being sought for five international high school students who will be studying in Meaford beginning in September.

“Muskoka Language International is urgently seeking host families for five international high school students from Spain and Japan, who will be visiting and studying in Meaford. They will be arriving September 2016 and studying at Georgian Bay Secondary School (GBSS). They are looking to spend evenings and weekends with warm, welcoming families who want to share the Canadian culture. Our host families will be able to provide a private bedroom, three meals per day, and and an inclusive home environment,” Sarah Cook of Muskoka Language International told The Independent.

Cook said that orientation, support, and compensation of $600 per month will be provided to host families.

The length of stay for the five students will range between three and ten months. To qualify as a host, applicants must have “a clean criminal reference check, a spare bedroom, a nurturing and supportive home environment. The family must be interested in sharing their culture with the student.”

Most of the students (ages 16 to 18) coming to Meaford have a working knowledge of English, but their goal is to improve their English proficiency during the course of their stay.

Cook said that the Japanese students come from large cities like Tokyo and Osaka to experience small town Canadian life.

The Spanish students that will visit are on 100 percent scholarships through an organization in Spain called FAO (Fundacion Amancio Ortega).

The FAO was founded in 2001 by Mr. Amancio Ortega Gaona, the founder of Zara. The foundation launches different projects that help the development of people through various social areas. The Educational Culture project was launched in 2013, and is aimed at students in their fourth year of high school who want to study in Canada and the United States.

Cook said that with its launch, the FAO was seeking to promote the learning of English and the personal development of these young people by challenging them with total immersion in a new environment, living with a host family, and studying abroad for a full school year. In its first year, the 100 students chosen for 'High School - Study in Canada Scholarships' were the proud recipients enabled to study for an academic year in North America. Today the foundation has grown, and now gives out 500 scholarships per year to eligible Spanish students. The scholarship covers 100 percent of the program costs including travel, tuition, home-stay fees, medical insurance, validation of studies, and support during the program. For a student to qualify for the program they must be currently studying in their fourth year in Spain, they must have an average score greater than or equal to 7/10, they must have an English score of 8/10 or higher, and have not ever studied abroad before. Students will be required to take very specific courses to meet the requirements of graduation in Spain, and this will be arranged by MLI/CISS and the school directly.

As well, during the program students will have to complete a minimum of 20 volunteer hours.

For more information about becoming a host, contact Sarah Cook at scook@mlihomestay.com, 519-379-3896.

*This article has been corrected on March 30, 2016.  It originally indicated the students would begin studying in Meaford in December, but in fact they begin their studies in September.  We apologize for the error.