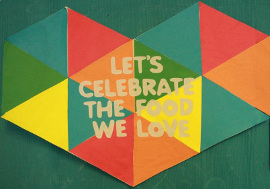 The first ever celebration of this event was held in the GBCS gymnasium. The school’s newly-founded Agriculture Club hosted the event. The purpose behind the assembly was to join the nation in celebrating the agricultural industry and educate students about agriculture in an enjoyable way.

The assembly involved a guest speaker along with numerous activities linking to agriculture.

“It was educational and fun for the students to participate in,” commented Jennetta Curry, a GBCS teacher.

The guest speaker at the event was Peter Bulthuis, a representative from World Renew, a charitable organization. The Agriculture Club had raised money for this organization throughout the school year by hosting events for students to take part in. With these funds, they were able to buy a pig, a goat, a sheep, and tree cuttings and seedlings through World Renew to be used in developing countries.

Bulthuis spoke to the students about how agriculture in developing countries differs from Canadian agriculture. He also presented a certificate to the Agriculture Club to thank them for their support of agriculture around the world through their donation of $404.

Following Bulthuis’s presentation, the students had the opportunity to participate in activities like guessing where in Canada certain foods are produced, identifying foods while blindfolded, and participate in egg roulette.

“The assembly was informative and interactive,” remarked Hayley Pinchbeck, a secondary student at GBCS.

After the activities, the students watched a video from Agriculture More Than Ever challenging them to take a stand for agriculture. Students also received agriculture stickers and tattoos from the company.

Following the assembly, the students received free chocolate milk, compliments of GayLea, to finish off the celebration.

Allison Visser, founder and chair of the Agriculture Club, was happy with how the assembly came together. “It is important to inform people about the real facts surrounding agriculture and food in Canada. This is a challenge that farmers face every day,” Visser noted.