This week marks the 20th anniversary of the Oka Crisis, the land dispute between the Mohawk community of Kanesatake and Oka residents.  The standoff began July 11th, 1990 lasting until September 26th, 1990.

The dispute began when Oka, the nearby town wanted to expand their golf course (from 9 holes to 18 holes) and add residential development. The land in question was sacred to the Mohawks because it was a burial ground and pineland. The Mohawks had filed a land claim prior to the standoff but it was rejected.

Don and Kathy Evanson want to start up a hot dog vending cart business in downtown Meaford. That fact shouldn't really be a news story, but it is going to be.

Well, we live in a society that at times seems hell-bent on drowning itself in rules and regulations most often in an effort to protect what we feel is ours, or to lock others out.

O Canada, What Has Happened To You!?

What has this country come to? How has this happened? When will this lunacy stop? These have been the thoughts on my mind and no doubt many others after watching the madness of the G20 in Toronto then again on Canada Day. 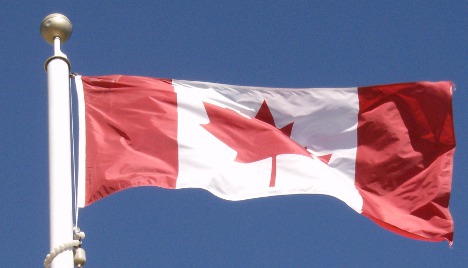